Rob Hardy From Chocolate City to Hollywood- Keys to Success 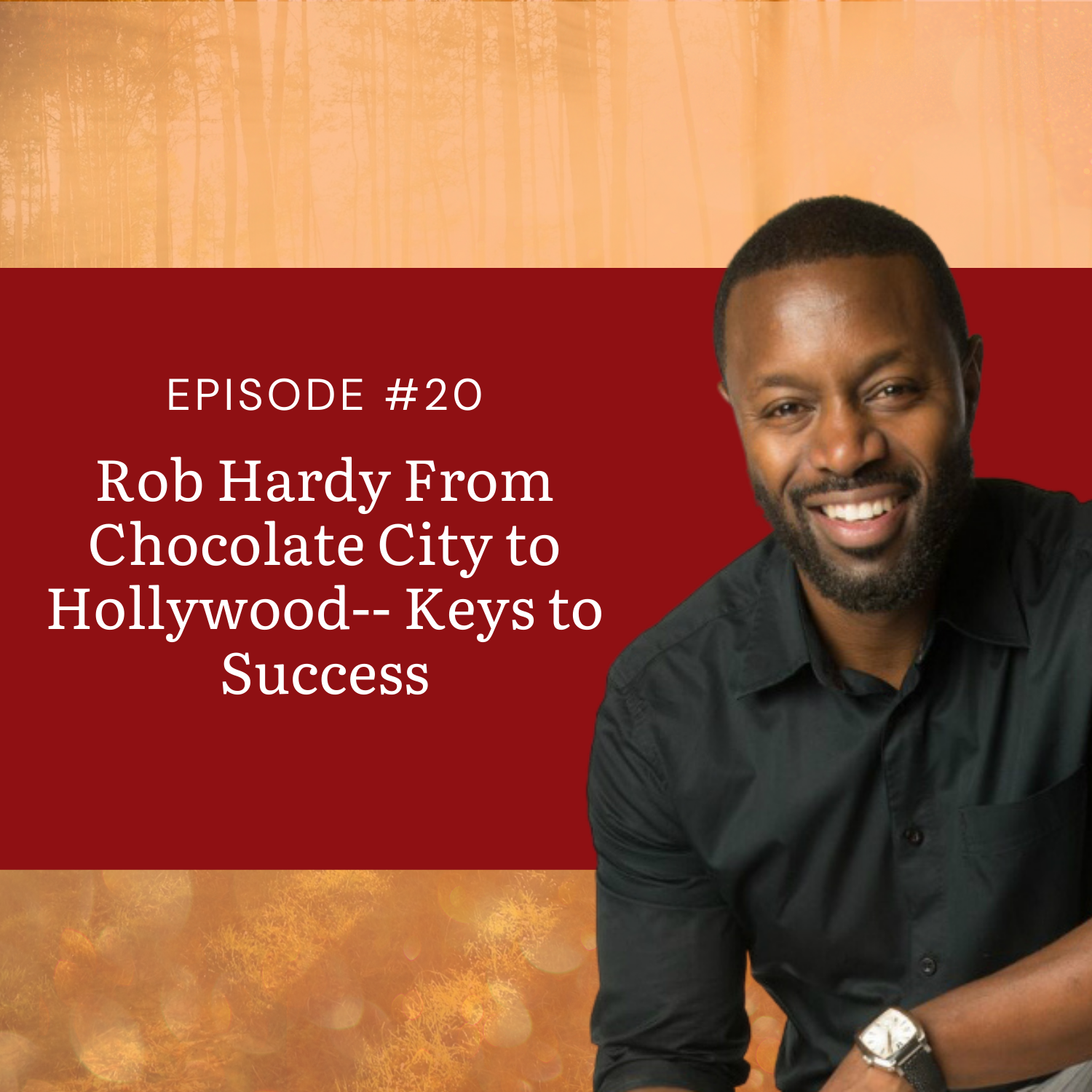 Where we start isn’t always where we end up. Today I’m joined by a longtime friend, Rob Hardy, to talk about his life and all it’s unexpected turns and opportunities laid on his path. He has overcome so many obstacles to make it to his finish line.

From Mechanical Engineering to Hollywood directing, it wasn’t exactly a straight line for Rob. His love for his calling came with the drive and passion to take a chance and go for it. While interning, he knew inside that he wasn’t fulfilled by his work.
After putting pen to paper and building his team, they raised thousands of dollars to finally shoot their mega film, earning the attention of investors along the way.

Join us today to listen to Rob’s story of grit and determination becoming a prominent TV director and producer.

Rob Hardy is a film director, film producer, screenwriter, and television director.  Rob Hardy recently directed the pilot for Power Book III: Raising Kanan. Hardy previously directed the pilot for All American, which is currently in its third season on The CW, while also streaming on Netflix. Additionally he developed the BET Networks series The Quad. It was listed by the New York times as one of the Top 15 Shows to Watch in 2017

Hardy began his career as a high school Senior, with the camcorder-shot movie G-Man. While pursuing a degree in Mechanical Engineering at Florida A & M University, he made the leap to film with the low-budget motion picture Chocolate City. This experience earned him the institution’s highest honor, theBernard Hendricks Student Leadership Award, and launched his company Rainforest Films.The underground buzz on the project soon led to his controversial film Trois. Hardy not only directed and co-wrote the thriller, he was also instrumental in self-distributing the project to be the fastest Independent African American film to pass the $1million dollar mark. In 2003, after directing the critically acclaimed thriller Pandora’s Box, he added the role of “Executive Producer” to his credits by collaborating with his former business partner Will Packer, to produce several movies including: No Good Deed, Think Like A Man Too, Think Like A Man, Stomp the Yard, Three Can Play that Game, and Motives. Hardy also wrote and directed the spiritually themed drama entitled The Gospel, and later directed the sequel Stomp the Yard: Homecoming

One of Rob Hardy’s Reels

To subscribe and review use one links of links below

Get a copy of the book  Running Is Cheaper Than Therapy: A Journey Back to Wholeness 👉🏾here. It is available in  hardback, paperback, and newly released audio form