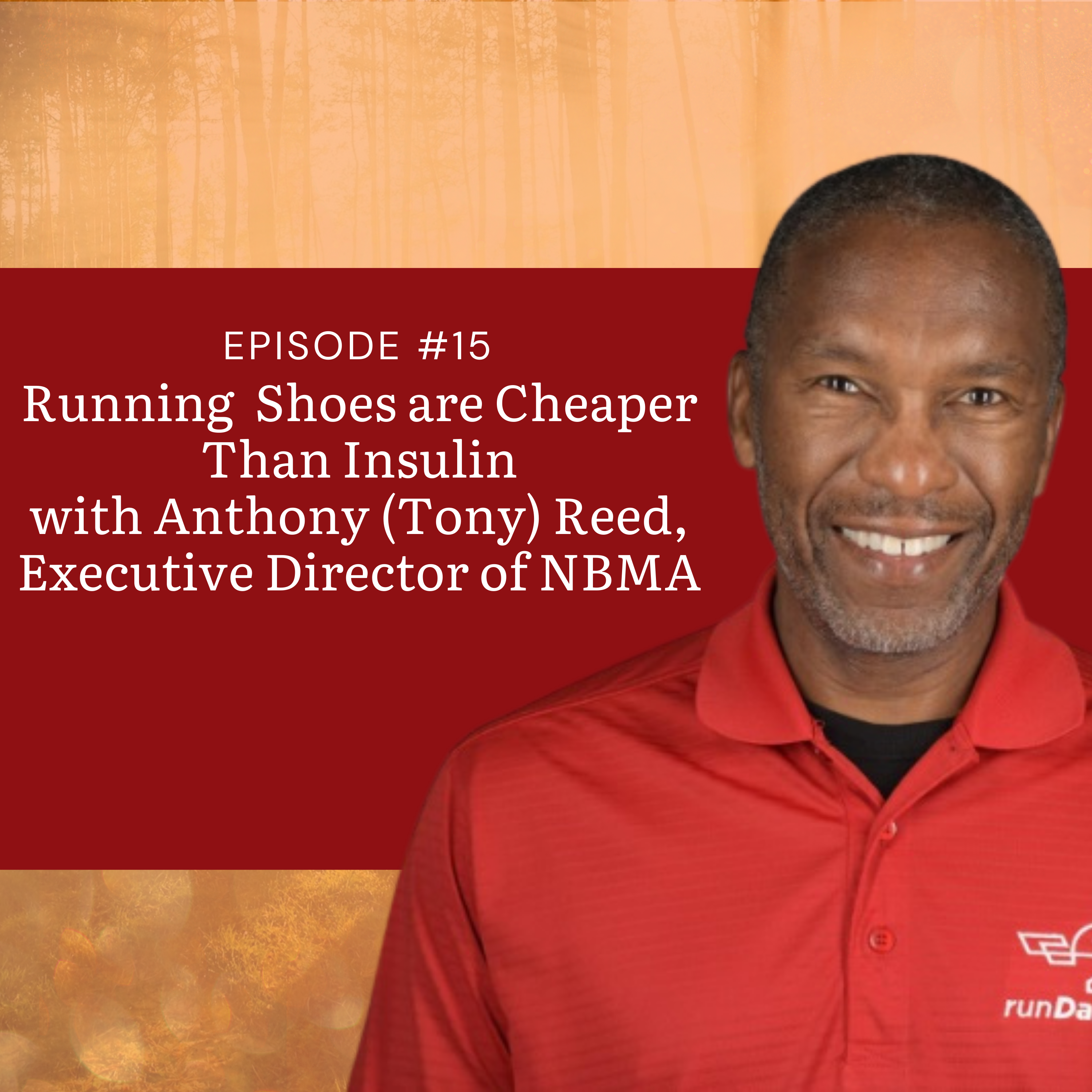 Insulin- the recurring nightmare and  savior of many diabetics in the world. In this episode, Anthony Tony Reed talks about how he found  medication in running. Though it may not be a solution available to everyone– for him, it was exactly what he needed.

Anthony was diagnosed with prediabetes when he was eight years old.  He was told he would need to be on insulin in his twenties. He decided that he would run, and his goal was to average three to four miles per day. He has kept that commitment and never had to be placed on insulin. He developed a love of long distance running and this led him to become a certified running coach, and so much more.

He is the co-founder and executive director of the National Black Marathoners’ Association.  He was inducted into the National Black Distance Running Hall of Fame. He is one of about fifty people in the world, who completed the marathon “hat trick.” . This consists of finishing (1) at least 100 marathons, (2) a marathon on all seven continents, and (3) a marathon in each of the fifty States. He’s also the first Black person in the world to finish marathons on each of the seven continents. His adventures are chronicled in Running Shoes are Cheaper Than Insulin: Marathon Adventures On All seven Continents (2008)

If you’re a runner, athlete, or just need some inspiration listen in to hear how Anthony  (Tony) Reed was able to add running to prevent him from being placed on insulin. Tune in to this  historic conversation.

Anthony Reed has fused 30+ years as a marathon coach, and 25+ years of project management strategies under his belt. His area of expertise is implementing multi-millions dollar business projects, and is the co-founder and executive director of the National Black Marathoners’ Association. He is also  CEO of the Caribbean Endurance Sports Corporation, organizer of the Five-Island Challenge – Marathon and Half Marathon (www.FiveIslandChallenge.com). He has been featured/quoted in the Wall Street Journal, USA Today,  Dallas Morning News, Runner’s World, USA Today, Ebony, Southern Living, and the Journal of Accountancy.  He holds two graduate degrees (management and accounting) and two undergraduate degrees (management and mathematics). He’s taught project management, IT, accounting, and business collegiate courses and seminars. And he’s authored six books and over fifty business, leadership, and technical articles.

His latest book is an autobiography, “From the Road Race to the Rat Race: Essays From a Black Executive Marathoner”.

For Information regarding the National Black Marathoners Association

Please subscribe and leave a review. If you have questions, comments, or possible show topics, emailrunningischeaperthantherapyolb@gmail.com.

To subscribe and review use one links of links  below