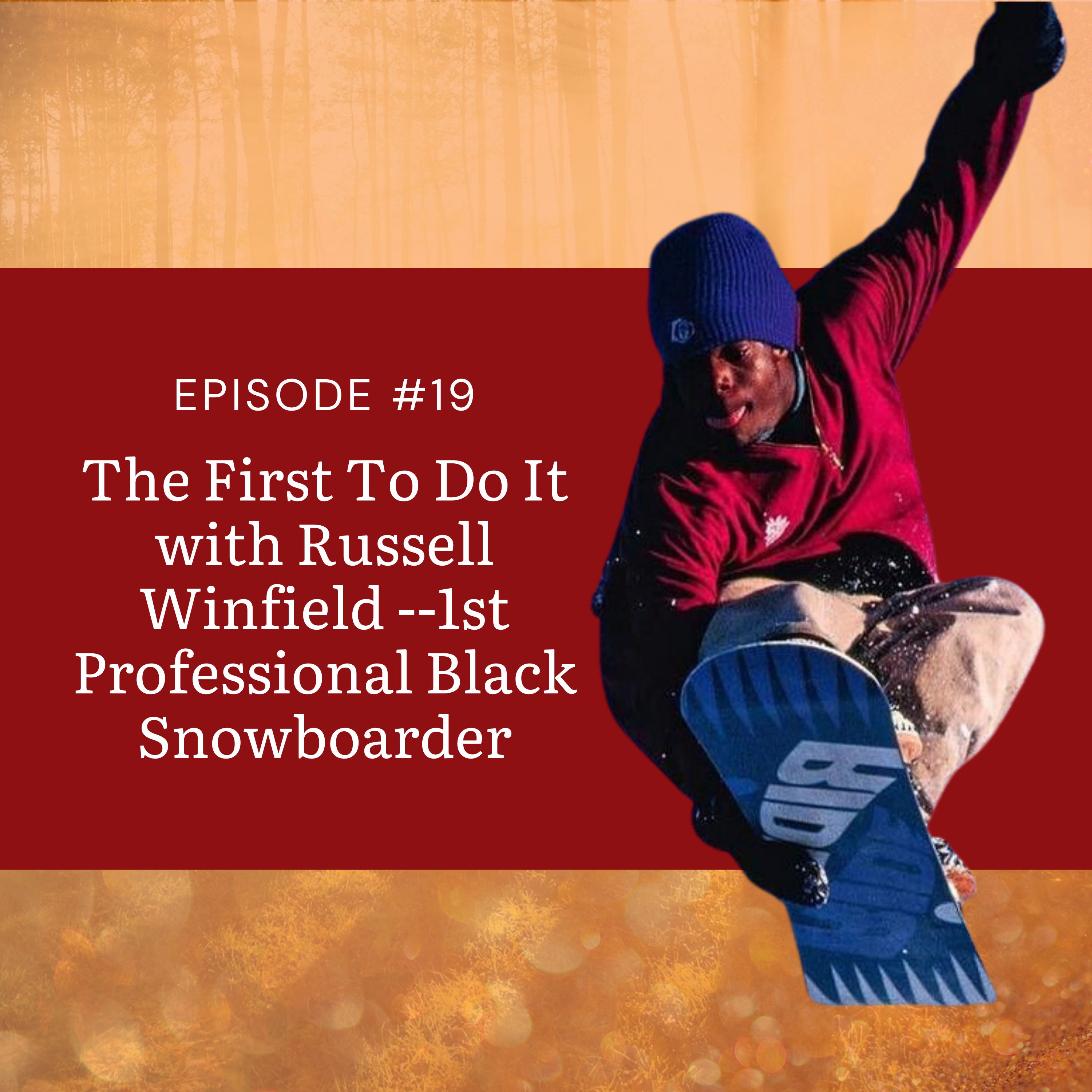 The sport you start in, isn’t always where you find your success. For Russell Winfield, he found his passion after being groomed to be a Hockey professional, falling in love with snowboarding and deciding to turn his hobby into an opportunity.

With determination and vision, he  ultimately became the first black professional snowboarder. With his people skills, he was able to meet the right people and build up a whole network that would eventually lead him to one of the biggest breaks of his life.

With his professional snowboarding history now in the past, Russell Winfield joins me today to talk about his whole journey to be that icon and role model for other aspiring black snowboarders.

Russell grew up in upstate New York and had a passion for hockey—a vision to go big on ice skates. Being from the  East Coast kid, he didn’t have surﬁng. He did have skateboarding, but he didn’t have any of the West Coast stuff and he craved it. There was something inside of him that needed it so he combined the surfing with skateboarding and the love of snowboarding came out of it.  It just felt right to Russell whereas hockey, which he had been playing since I was three years old and was pretty accomplished at. He just didn’t get that feeling. There was something about riding that he couldn’t shake off. It was like surfing for East Coast kids.  After learning to ride ( snowboard), he hung up his ice skates

He had the  support of his parents in the pursuit of his dreams. Russel, with his determination, was able to gain certification and build the right network– one that ultimately gave him his big break and become the first ever professional black snowboarder.

To subscribe and review use one links of links below