Black With Endurance with Lani Woods 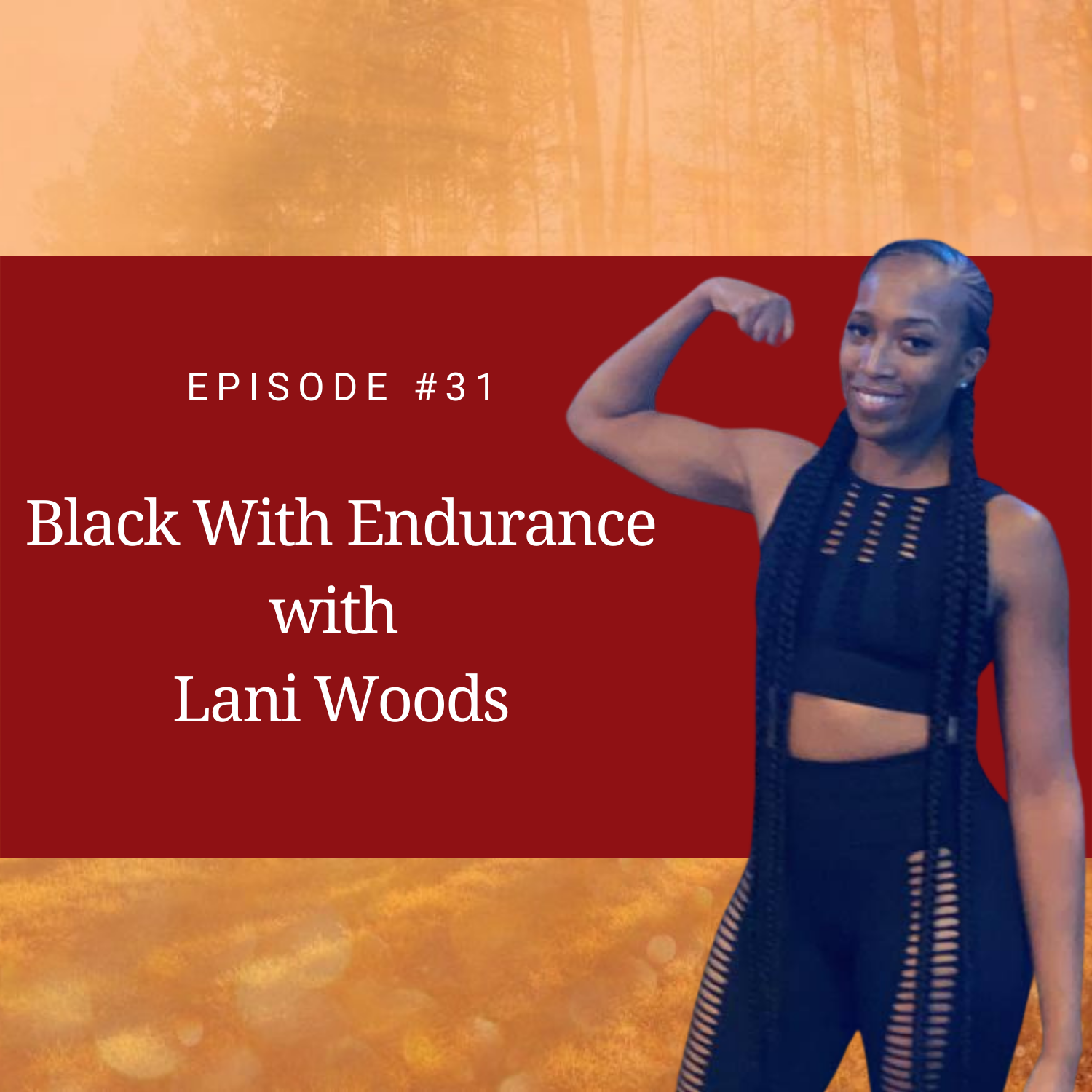 In this episode I talk to my clubhouse BFF. We share so much in common.  We both started running to help deal with depression.  She generously shares with us her story of how she started running, sustaining an injury, recovering from it and thriving in the midst of it.

Lani Woods is an obstacle course racer, runner, podcast host, works in diagnostic medical imaging, single mom, and she also finds  time to give back via the non-profit she directs.  She is also an American Ninja Warrior. Tune in to hear her amazing story.

Lani Woods is a native of Los Angeles, California. She is a single mother of two very active and competitive kids. She has a diverse background in health care. Her love for the health industry started very young. She has worked as an EMT, caregiver, and in diagnostic medical imaging. She knew while facing difficulties growing up in poverty and not having access to a lot of resources and activities the importance of physical and mental health. She knew she had the resilience to overcome, Lani used her passion for physical fitness as a coping mechanism for her depression.

Lani started a podcast called unrelenting humans, after suffering a complex leg injury, to empower other athletes to share their stories of resilience, and how they cope mentally while living with injuries and other impairments.

She started running to cope with depression before she knew she even had depression because growing up poor, basically and not having many friends. She was just lonely and always mad. And she just realized that running helped her to feel better.

October 2019 she tore her  anterior cruciate ligament( ACL) and posterior cruciate ( PCL) , sustained a tibial plateau fracture, sustained a calf injury and had multiple bone contusions. She got the cast off in December 2019, but didn’t have surgery until February 20 of 2020. She  had to do prehab to get range of motion back after the cast just to get to surgery.  After a few months of getting back to running she noticed her knee  kept swelling. It was found to be caused by the screw. Her body had rejected the screw, so they ultimately had to take out the screws

Podcast helped her in many ways during this process. She started listening to podcasts and listening to people’s stories of overcoming adversity. She used her social media platform to reach out to people and share their stories.

Lani is now a co-founder of a Non-profit organization.  It’s called Rock Era. They are dedicated to enriching and empowering the youth in the black and brown communities. Lani had one of her dreams come true she was accepted to be a part of American Ninja Warrior.

Please subscribe and leave a review. If you have questions, comments, or possible show topics, emailrunningischeaperthantherapyolb@gmail.com.