Marathon- So What is The Big Deal ?? 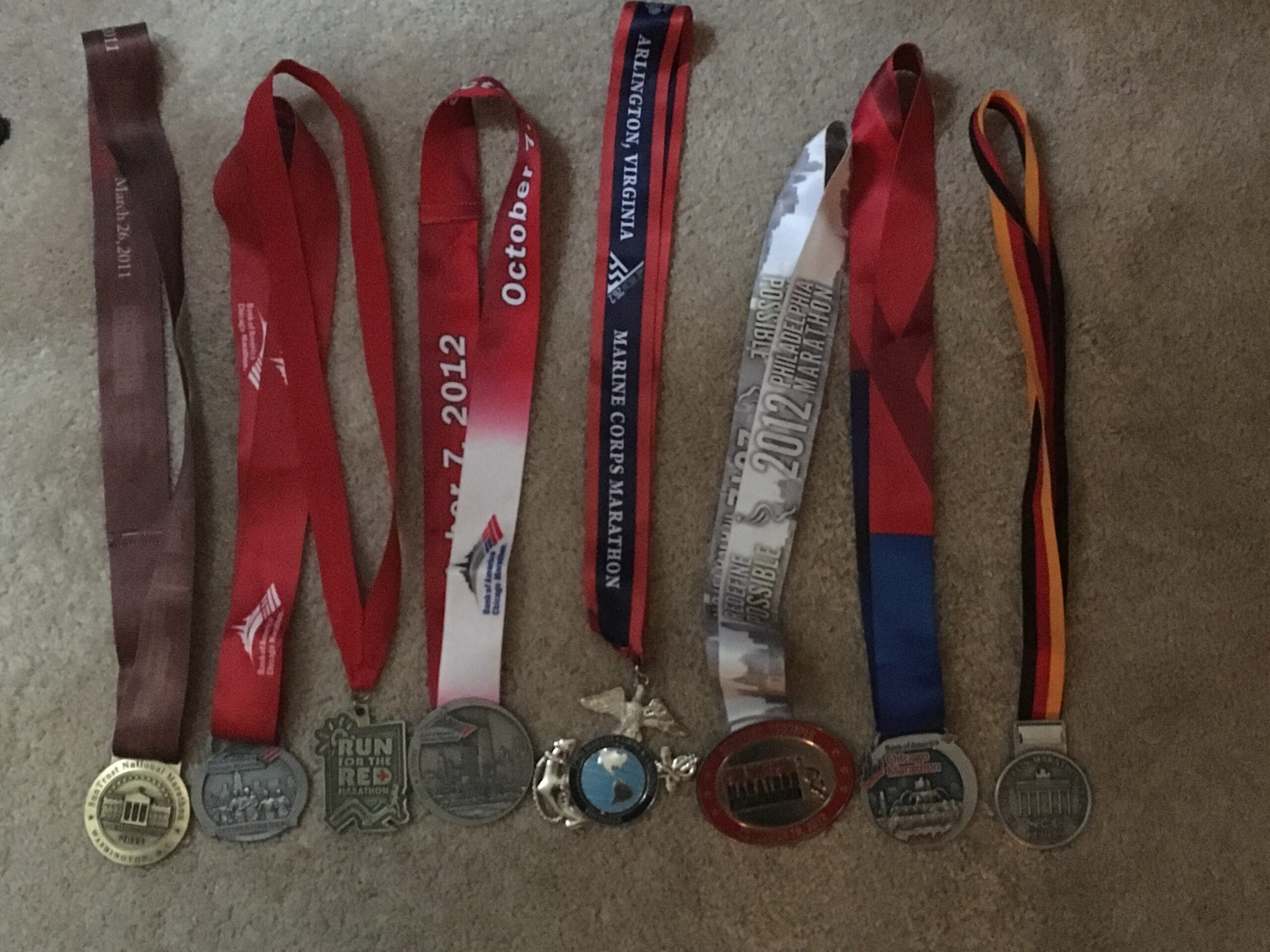 So yesterday I was at work at the hospital and I was talking to one of the staff of the emergency room. She was going on and on about how many people came to the hospital on Sunday due to dehydration, heat exhaustion, etc. She commented it is not that serious,  and it is not like they were going to win the Marathon. She also stated that it was not like they were getting paid. Well, you know I had to say something. I said it is that serious, and we actually pay to run. I am a marathoner, you may not understand the madness, but it is well worth it. The first Sunday in October, the day before Columbus Day is the annual Chicago Marathon. People come from all over the world to run it.

Let me give you a little background regarding Marathons. The history of the Marathon -490 B.C.  a Greek soldier, Pheidippides, ran the 25 miles to Athens from the town of Marathon to announce a battleground victory over the Persians. “Greetings, we win!” he shouted — and then fell to the ground, dead. It would be more than 2,000 years before the marathon would make its return, at the revival of the modern Olympic Games in Greece in 1896. In that event, 17 runners ran 40 km, or 24.8 miles, with Greek runner Spyridon Louis taking the gold medal with a time of 2 hr. 58 min. 50 sec. Inspired by the event’s success, Boston inaugurated its race the next year; it is now the oldest annual marathon in the world. In 1908, the marathon course at the London Olympics ran from Windsor Castle to the royal box at the Olympic stadium in White City. The length of the race continued varying for years, but in 1924 that specific distance — 42,195 m, or 26 miles, 385 yd. (26.2) — was made the worldwide standard.

Well I did not run Chicago this year, but I volunteered. I starting volunteering when I could not run due to injury. I remember 2015 being a course marshal and I had a walking boot trying to direct people- for the love of running  In 2016 I volunteered in the medical tent, and this year I volunteer with one of my running groups Black Chicago Runners (BCR) at mile 20. This year praise God I am not injured, but my race is next month- New York Marathon. I wanted to expereince the race and be there for my running family. I have come a long way. I remember when I had my first major running injury in 2013 and could not run. I used to see people running and literally wanted to hit them with my car.  I was mad they could run, and I couldn’t.

People run marathon for a variety of reasons. All I can do is tell you my reasons why I love them. My favorite bible verse is Luke 1:37 “For with God nothing Shall Be Impossible” Well the Marathon is the ultimate challenge. It takes your body to new heights. The training can be grueling.  Only about 1% of people worldwide have completed one. Each one has a new set of challenges. I equate running to life. Life is hard, and can kick you butt  but you have to keep moving.  There maybe pain, but you keep going. Running   Marathons has made me a better person. I don’t quit, I have determination. I keep it moving with a smile.

I have run eight and number nine is next month. I ask you to pray, and send me well wishes. I am running  New York Marathon for American Cancer Society in memory of both my parents who died of cancer. New York is one of the World Majors, my goal is to do all six. This will be my third. Also I paid fo this race three times. I got in the lottery in 2015, but had to defer due to my stress fracture. I had guaranteed entry 2016 due to deferment but I was recovering for a foot procedure for my plantar fasciitis.  This year I did not get in the lottery, but that did not stop me. I am running for charity which also gives the race special meaning. I will enjoy every mile with a smile. Race report will follow. Also if you want to get the detailed story with why I started running in the first place my book does that www.ouilife.ouilove.com. Also if you want to donate to the American Cancer Society I am $30 for my goal, and no amount is too small.