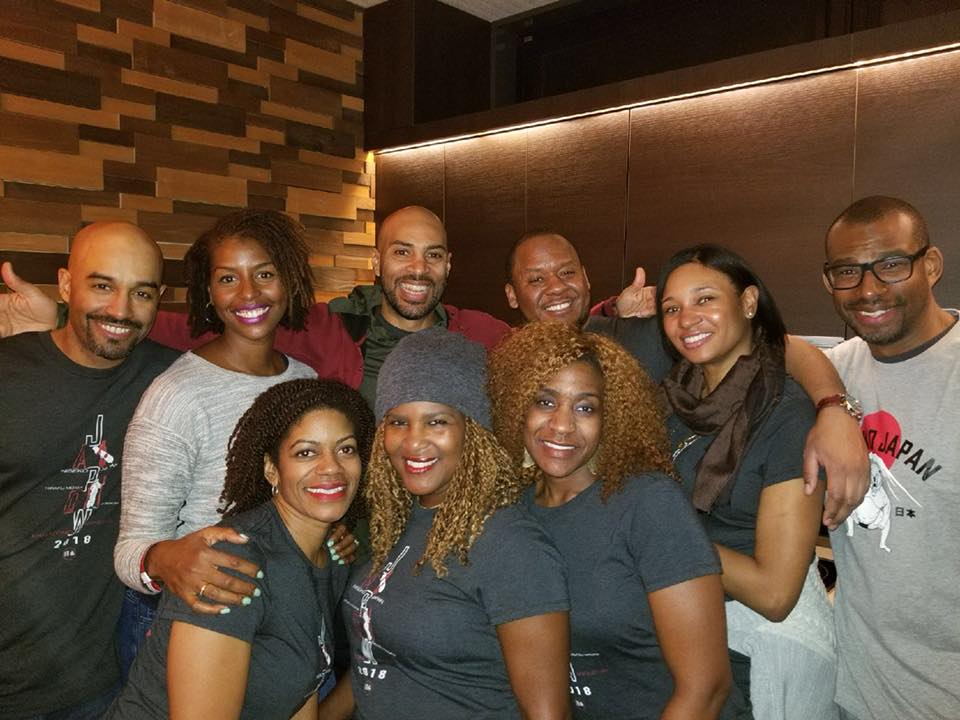 2018 is off to a great start. My Pastor proclaimed that is the year of “Pursuit”.  Pursuit is an effort to secure or attain.  One of my goals this year is to be a better/ more confident skier. So, I made plans to attend The CAMP- a four day intense ski lesson in Whistler Canada. My ski instructor I believed was trying to kill me on day two. After several lift chairs to the top of the mountain we started our way down. Visibility was horrible, but the snow was heavenly- powder. It was also steep terrain. I was like “Oh My God, what is this woman doing”. On groomed terrain, I am confident and fairly fast, but that was not the situation. My heart started to race- really. I made it down to area where I can see. Then came the lesson, well so I thought.  The lesion was to keep doing what I had been doing turning, and facing down the hill, not leaning back.  After I had calmed down, I could see I got back my form and the rest of the week was manageable not easy.

Fast forward to JaPow- reason it is called JaPow is it has some of the best powder in the world. The first day was easy , even the bumps did not jar me thanks to the CAMP. The second day we could barely see at the top of the mountain. I thought back to Whistler and took those points to heart and stayed calm, but we did  cut our day short. Poor visibility with  no guide, may have ended us off a cliff. So we lived to ski another day. Day 3 was the best day we skied  most of the mountain. I even skied a double black- although I did not know that until so much later after the run. It was a true, bump run with an incline. I fell about four time but I was having so much fun despite the challenges. The last day again I could not see. This was the worse visibility during a run I had ever experienced. I did not freak out, I just followed one of the guys I was sking with and looked at the barriers on the side of the run. I kept facing down the hill and turning and we made it down. It was a short, but challenging day. See the reason I love skilling and my other hobbies is I love a challenge. If things are too easy what is the fun. 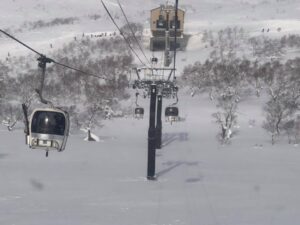 Another way that this trip took me out of my comfort zone is my usually ski crew was not in Japan. Yes, there were people I knew and who I had skied with, but not my usually people. I was forced to make sure new friends fast on the mountain as I got left by my original crew. This was my first day, because I have left something. I  had to head back in. By the time I made it back up the gondola, everyone was gone. So I met an awesome crew from England who I skied with couple  of days. I ended the week chasing the guys which always improved my skills.

Outside of the skiing which again was heavenly I meet so many new people. The Happy Hours were dope. My college classmate from the best university ever FAMU kept us moving on the dance floor after all the skiing. There is something special when great people get together just to have fun. It makes an EPIC experience.  Something that is hard to put into words. It is quite a magical experience.

Check Out some Photos and videos from our  EPIC. Also did I mention my team Philadelphia Eagles won their first Super Bowl which actually caused me to me a day later that the original plan.

2018 I have skied in two countries outside of United States, my team won its first Super Bowl ever .So far so good, and there is more to come.  JaPow is cheaper than Therapy- my next book. Just kidding as powder is not abundant enough for me to get a regular fix unless I moved to Japan or something.