What are you “Tri-ing” For 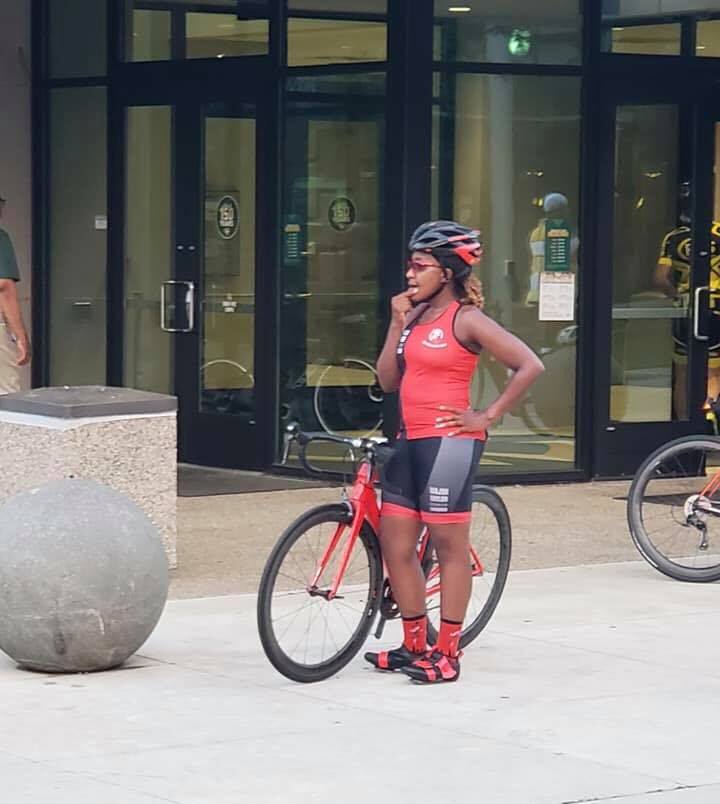 This thing called life is a struggle. Some days are more so than others. Life can beat you down, but we have to dust ourselves off and keep moving. Everyone has goals and aspirations whether it be professional, personal, or relational.  Well, sports mirrors life in so many ways. That is the reason I love my sports hobbies, and love being a spectator especially for my favorite spectator sport football.

Last weekend I was literally knocked down, but I had to get back up. I did not have the outcome I desired but I learned valuable lessons that will ultimately help me reach my goal. Last Saturday my goal was to ride 100 miles in the Michigan Mountain Mayhem organized ride. I completed the metric or 63 miles last year, so my goal was to do more this year. While the ride is challenging and honestly can be quite painful. I knew the experience would be me a better cyclist. That is the goal of training to get better. Well, my day started with getting rained on riding five miles to the official start. I heard a noise while riding to the start and was concerned so I had someone look at my bike before my journey. He stated it was only sand and it could make noise, but nothing to worry about. I started before the rest of my crew because I was doing century and other were completing the metric. My plan was to try to finish at the same time as they did. Five miles into the ride I hear a loud noise. I looked down and realized I had a flat. This was the first flat I ever had riding. I pull over. I grabbed my tools, and inner tube. I proceeded to change it, but was slow again as I never had a flat. SAG (support and gear) truck came and helped me. I discovered there was a nail in my tire. They had a pump so I could save my CO2 cartilages. I proceeded to take off and noticed my front wheel was flat. I saw two tacks in the wheel. So, I attempted to take my tools out. I figured this should be easier. Another SAG truck  came to help, and help was needed as because I had the tube all twisted. We finally finished the second flat, and I was off. I didn’t even look at the time, but my Garmin had stopped and saved the first five. I thought no I wanted to see 100 miles after I finished. The rain has stopped and I was rolling along. I made a few friends along the way. I passed the first rest time, but stopped at the second around mile 28. I filled my water bottles. I added electrolytes in one and fuel in the other after grabbing a peanut butter sandwich.

Then I headed off, more hills, and more hills. I get to around mile 40, and while I was struggling climbing  and trying not to veal too much in the road I looked down and I had another flat in the front tire. I attempted to clip out of my pedals but I could not fast enough and hit the ground.  Some random person stopped and asks if I was okay. I told them yes I just have a flat. I got another inner tube from SAG that morning as I had used my two. I grabbed my tools once again, but SAG came quick. They take over but there was a problem the tube I got from SAG was not long enough for my race wheels. None of the ones they had were long enough either. So they packed me up and I though were going to take me to the next rest stop at mile 50. They had a certain territory so they went back to my previous stop and then took me to the last rest stop. I saw some of my crew and someone has a long stem. We changed that flat, and I headed back on the road. I figured  I could get at least a metric in. My leg were hurting from the fall, and I had sat too long in that car. The hills or the one hill seems harder. I was climbing again, and I looked down and yet another flat. I called SAG as I had no inner tube. Some nice cyclist stoped and gave me his long stem tube, and used his CO2 cartrige. I attempted to ride off but SAG truck comes before I could. He was the person who helped me with my first flat. He told me he can take me back or I could finish. My mind was not right after the fourth flat. It seemed like it deflated my spirit was afraid of the next flat and my knee was huring and the end hills are worse then the beginning, so I rode back with SAG. I was so hurt, and disappointed. I hate starting something and not finishing. I had rode more miles the year before. I felt like such a failure. The SAG guy was nice and actually dropped my back at my hotel. I had a brick scheduled so I said at least I can do my run, so I ran five miles then crashed. I learned that a farmer in the area did not like cyclists taking up the road se he intentionally put tacks on the course. They had at least 150 to 200 flats that day.

10 lessons I learned from my experience than apply to other areas of my life.

So  no matter what you are “Tri-ing” take this lesson to heart and you will ultimately have what you desire.  My motto– verse when all hell break loose Romans 8:28 “ And we know that all things work together for good to them that love God, and to them who are called according to his purpose”