Life is Short, Then You Die. Cherish Every Breath 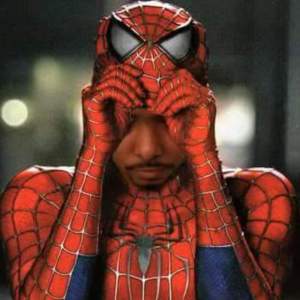 I have been reminded of this too often lately. I lost a good friend, and soror at the end of April of this year that I mentioned in a previous blog post.   Well two weeks ago I lost another friend from college. He was only 42. I was in total shook. I am too young to be losing friends to illness.

Life is rough, and always has it challenges. I usually manage well. One of my coping mechanisms is running. I have not been able to run in about six weeks, so I have been heaving relying of God, friends, family, and cross training (crossing training is far from running to me).

On Monday June 8, 2015 we lay our good friend DChamp to rest. Although it was a sad occasion, it was wonderful to see so many people come to celebrate his life. There were more than forty of our Florida A&M University (FAMU) classmates there to celebrate his life. It was truly a celebration. I started off crying, then laughing, then crying again because I was laughing so hard.

DChamp came from a long line of FAMU RattleSr. Picture with DChamp’s father and sister who also went to FAMU.

DChamp was so much to so many people. One of his roles was serving as a student senator. The Alumni association held a special session is honor of him as part of the homegoing celebration. The University issued a resolution in his honor. There were so many resolutions to DChamp there were not enough time to read them all. DChamp’s best friend gave a touching tribute to him on how they met, and all that he had been to her over the years. His high school classmates were also in attendance and honored him with words, song, and dance.

One of DChamp many designs while at FAMU.

One group whom he deeply affected was the cast and crew of Chicago morning talk show “Windy City Live.” DChamp was both the self-proclaimed and show-proclaimed “No. 1 Super-Fan” and was the only fan who ever made it to the show’s panel.

During the service Will Packer who is now a Hollywood movie producer with acclaimed moves such as “ Think Like a Man”, “Think Like a Man Too”, “Ride Along”, “The Wedding Ringer”, “Stomp the Yard”, “This Christmas”, and many more. Before all the Hollywood movies he made a movie called Chocolate City on FAMU’s campus. DChamp helped do the set of the movie. I had not idea he did the set, not only was DChamp awesome, he was modest. He did not need to be in the spot light.

He also helped many people as they ran for student government offices, and for other positions on the homecoming court. DChamp so was the epitome of our FAMU university slogan” Excellence with Caring”

DChamp accomplished in his life more than people who are fortunate enough to make it to and pass four score and seven. There is not doubt then when he ascending into heaven, God said well done my good and faithful service

I thank my FAMU family; they honest lifted my spirit at DChamp homegoing celebration. I will continue to live my life to the fullest. I will have no regrets. I will not waste my time on the small stuff. I will trust God, and know that he is my provider, my healer, and I will be victorious. By the way I will run again, until them I will be all right.

I ask that in honor or my friend my FAMU classmate that you will please consider donating to the DChamp scholarship fund so that his legacy can continue. We have already raised over $18,000 thanks to a generous donation from Will Packer.