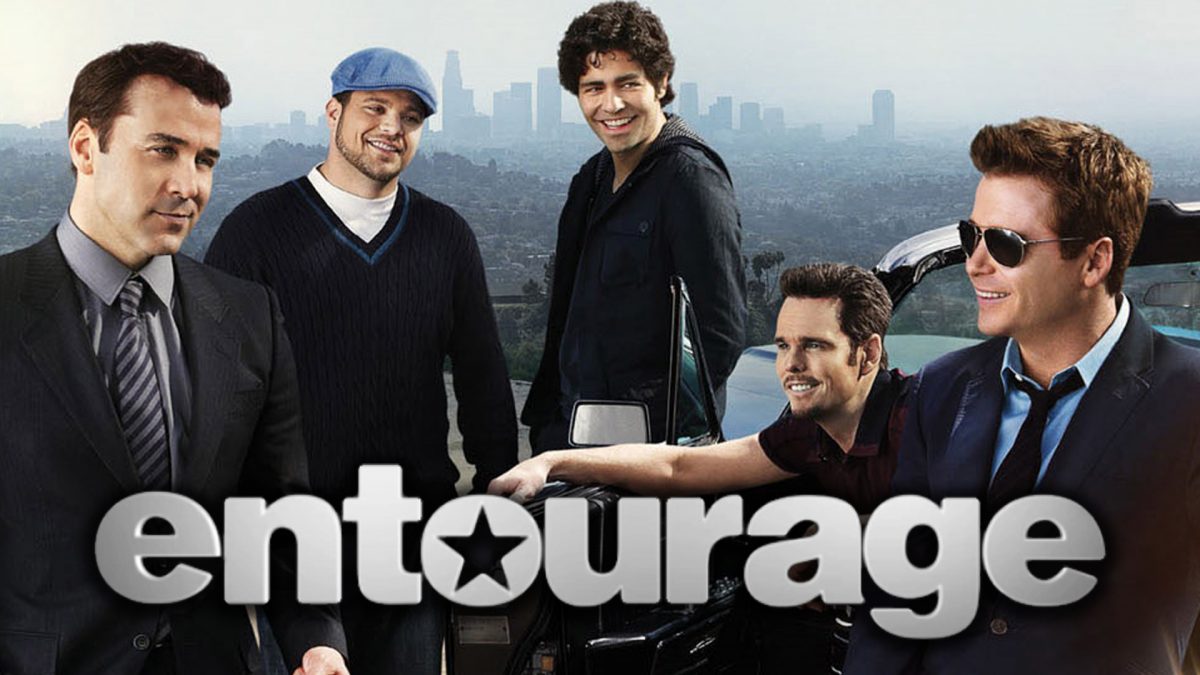 Life has been challenging lately. I don’t have my go to running to help me escape from the madness. I have had to learn to more deeply depend on God, friends, and family- my rock

One of my new guilty pleasures is watching the show Entourage. I went to see the movie and fell in love. It is like Sex and the City with men. One of the reasons why I fell in love with the show was the friendship that I noticed with the main characters. I immediate went on a mission to fine the old episodes of the show.

I found all eight seasons; HBO on demand had them all. Let me give you a brief synopsis of the show, for those of you who may not have seen the show and/or the movie. Entourage is a comedy drama that chronicles the acting career of Vincent Chase who is an A-list movie star. His childhood friends from New York are also featured. They all moved to Los Angeles, California to support Vince. The series dealt with themes of male friendship and real-life situations in modern day Hollywood.

Vince’s entourage consisted of his best friend and manager Eric Murphy “E”, his brother Johnny “Drama”, and last but not least is Salvatore “Turtle”.

E was Vince’s manager, producer, and an intermediary  between  Vince and Ari. Ari was Vince’s agent. Drama is a C-list actor, and Vince’s cook. Vince was instrumental in helping resurrect his career. Turtle began as Vince’s driver. He along the way managed a rapper, and ended up launching aTequila Company with billionaire Mark Cuban.

As I watched each episode, initially it appeared that Vince was taking care of his boys, As I continued to watch each episode it was obvious that they all took care of each other, a true friendship.

I thought of my FAMULY, and my BA sorors. I was not blessed to have a big family, or any biological sisters. My friends at FAMU ( Florida Agriculture and Mechanical University) became part of my family. I was privileged enough to be inducted into Delta Sigma Theta Sorority Incorporated, while at FAMU. I would forever have sisters not only from FAMU, but from all over.

I thought of my friends from Charlotte, NC. Charlotte was my first real adult living place. There I had my FAMULY support- The Khans. I also had my University Park church family.

I thought of my friends from medical school UNC- Chapel Hill. We had a special bond. We had to support each other to make it. My neighbor and friend Michelle who was a year ahead of me always had, and still has my back. I think of Little Kev who passed away from cancer. He was my little buddy, may he RIP. After Little Kev passed, each year a few of my friends from medical school decided to have a mini reunion, ironically one of them also went to FAMU.

I thought of my  Philadelphia friends. The city of brotherly love and sisterly affection. I thought of my running friends. Philly was where I developed my obsession with running. My running crew Team United Nations and Black Girls Run were instrumental in the development of my passion. I thought of my girl Jennifer who also went to FAMU, and is from my home state of MS. She was nice enough to  let me stay at her place when I was finished with fellowship, but had not yet started my job. I had to be out of my apartment, and did not have another place to move into yet-FAMULY.

Friendship is everything, and by watching Entourage it made me think of all my friends over the years. I thank God for blessing me with true life long friends.

To Vice, E, Drama and Turtle thanks for helping me reminisce about my crew ( crews) over the years.