Star Wars Half Marathon- The Dark Side 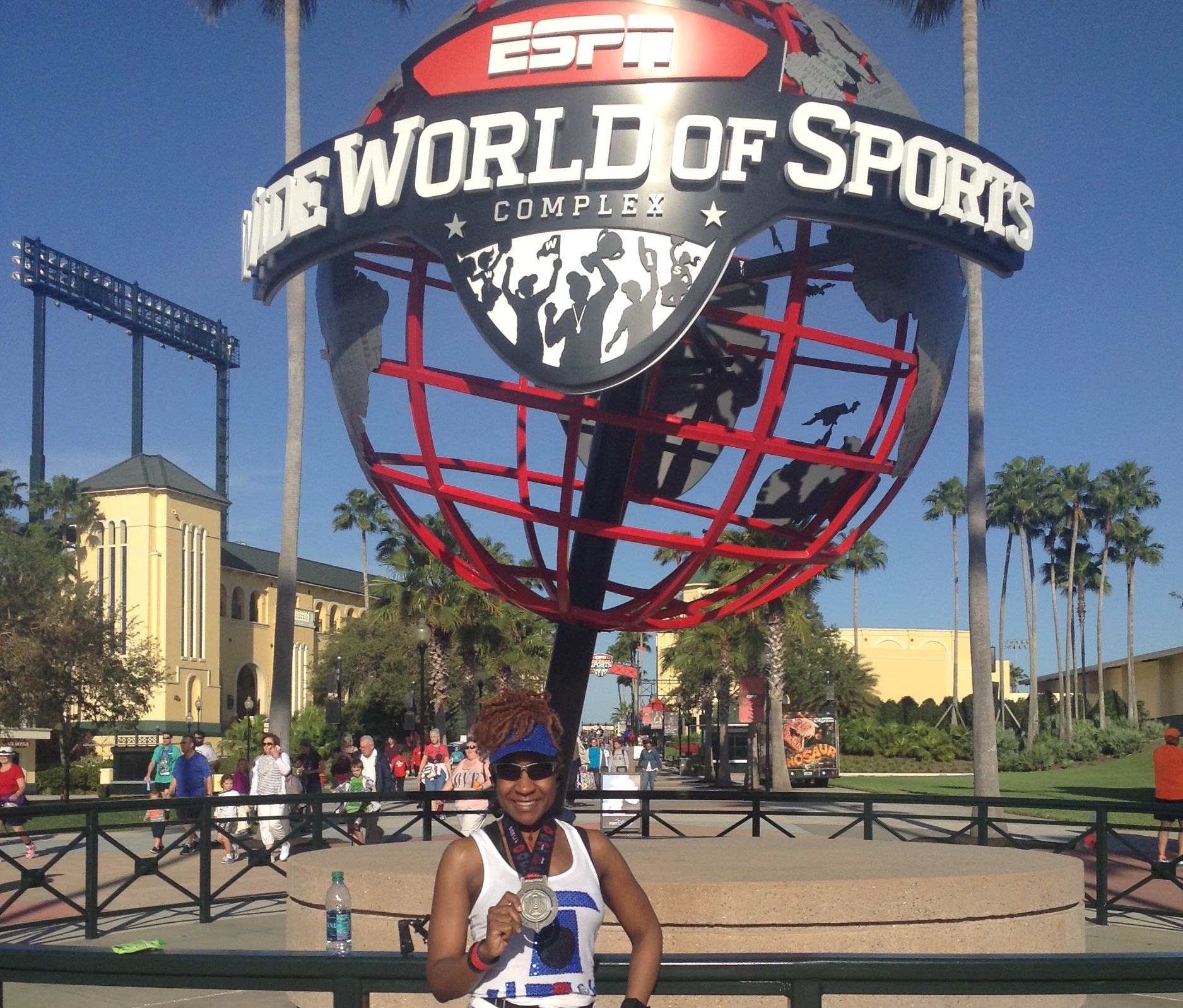 Running meets other one of my other obsessions Star Wars. It was the perfect race for my return to racing. I have been on the IR (Injured Reserve) list for about six month due to stress fracture, and plantar fasciitis as noted in a previous blog. I was in a walker boot for almost three months, then I started physical therapy. I still am in therapy for my plantar fascitis. I found the perfect race, to challenge myself. I love racing. Running is fun, but racing gives me the greatest high.

Disney is so organized. I have the pleasure of having one of my high school classmates plan the trip, Laurie Lester Sledge. She is a travel agent for Disney. She was such a blessing. I had not been to Disney since I was in high school. I even talked one of my running friends into running the race with me. She is not even into Star Wars.

The accommodations were awesome. Disney has shuttles for transportation from the airport to the resort. There were also shuttles to Epcot, Magic Kingdom, downtown Disney, Animal Kingdom, the race expo, and all of their other resorts. The only problem is patience is a requirement. The shuttle runs ever twenty minutes so we waited allot. I am not the most patience person so I was challenged.

The race expo was big, but not too big. They had all the key vendors, and vendors who had cute clothes. I have more race outfits than regular clothes. I am always looking for cute new gear. Star Wars Expo did not disappoint. I also got a light saber I have been wanting one since the last movie came out. 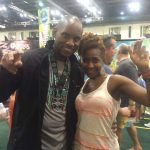 Rattlers in the House!! I had the pleasure of running into my college classmate. 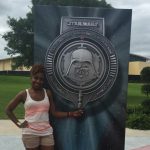 Race day was an early start. The shuttle picked us up at 3:30 AM. The race started at 5 AM. While we were waiting for the race to start they had Star Wars movie clips playing in the background. 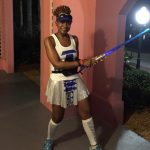 We started the race. I had to take it easy and do intervals. I ran five minutes, then walked one minute. At the time of the race the most I had run was seven miles, and I still was under the care of a physical therapist. I was feeling good. Each mile marker had Star Wars photo ops. There were so many characters along the race. I am so glad I was not concerned about time. I also ran into one of my college classmates who was volunteering. I was in heaven. 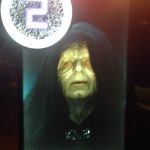 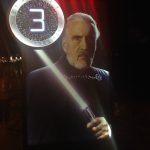 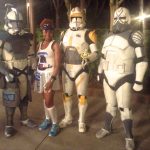 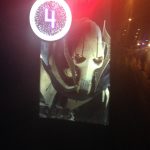 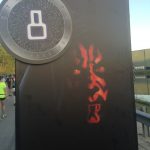 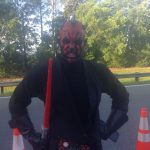 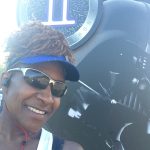 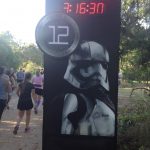 Thirteen miles later, and I was done. I had made it and my feet did not cause me any problems. Toward the end of the race I had some discomfort on my left leg, but my feet were fine. 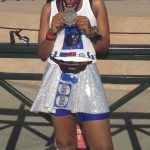 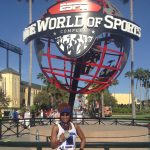 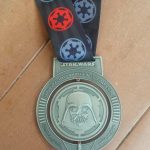 I would highly recommend Star Wars half marathon for anyone who loves running, Disney, and Star Wars. My next Disney race will be the Avenger’s Half Marathon at Disneyland, but my next big race will be New York Marathon in November.

Footage from the finish line