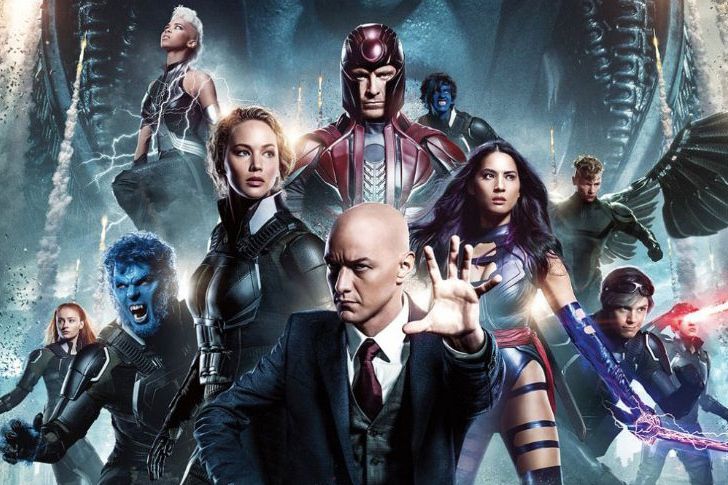 I am a fan of all things Marvel. I even started watching Agents of Shield on Netflix. X-men while I like the movies, I am not all in. It is like going out with a guy you like, but you would rather go out with the guy you love. I like X-men. I love Captain America, Iron Man, Thor,  and Avengers. I even love the new Black Panther.

I had real problems with the movie series. While, Apocalypse would be two thumbs up for anyone who likes actions, drama, and fighting scenes. I like the plots to flow, and make sense to me. I walked out of the movie sleepy and confused.

So X-Men leaves off at the end of X-Men First Class. Well, so it seems as they are teaching students about how the mutants saved the President in early scene of the movie. Let me start with a brief synapsis of the movie. The story begins in Egypt. EnSabh Nur is  a mutant who ruled until he was betrayed and entombed alive. EnSabah Nur awakes several years later 1983 and plans to destroy the world and remake it. En Sabah Nur recruits , a young Storm, Psylocke, and Angel. En Sabah Nur enhances both their powers.

In this movie we also learn why Erick trusts no one. I actually don’t blame him. After X-men First Class Eric goes to Poland. He takes a job, gets married, and has a daughter. Some of his co-workers are concerned that Erick is not who she states he is, and alerts authorities. In an attempt to catch him, his daughter and wife are killed. Erick losses it and kills them all with his locket and his dog tags. Erick is recruited after this tragedy. En Sabah Nur assembled his four horseman which is a biblical reference to Revelations.

We also meet young Scott, and young Jean. We see how they first met, and developed a connection. En Sabah Nur hacks into Xavier’s mind while Xavier is using the mutant-locating computer Cerebro to find Erick, and uses Xavier’s powers to force all global superpowers to launch Earth’s entire nuclear arsenal into space to prevent interference with his master plan. En Sabah Nur kidnaps Xavier.  While attempting to stop En Sabah Nor, an explosion takes that destroys the mansion. Peter Maximoff(Quicksilver) – having learned that he is Erik’s son, and hoping that Xavier can help to find him – arrives and saves the students in the mansion.

Following a telepathic distress call secretly sent by Xavier to Jean, the others arrive to battle En Sabah Nur. They rescue the professor before En Sabah’s consciousness is transferred to his body, but Xavier loses his hair as the process was nearing completion. Angel is defeated in the battle. Erik and Storm  turn on En Sabah, keeping him occupied while Xavier fights in a mind battle. Finally, Xavier pleads Jean to unleash the her powers and sheo destroy En Sabah Nur.

Following this. Erik and Jean help reconstruct the school, but Erik turns down Xavier’s offer to stay and help teach. Under Raven’s direction, Scott, Jean, Hank, Storm, Kurt, and Peter become the new X-Men and train for the battles ahead.

Okay where does this fit in the time line. Maybe it fits somewhere in X-Men Days of Future Past. That would somewhat make sense to me. It also explains why Professor X is bald. Also what is the whole story behind the Apocalypse. I need more details, why is he so powerful. I need more details than X-man provides and some type of flow or pattern to all this story. It is too disjointed. It bothers my detailed mind.