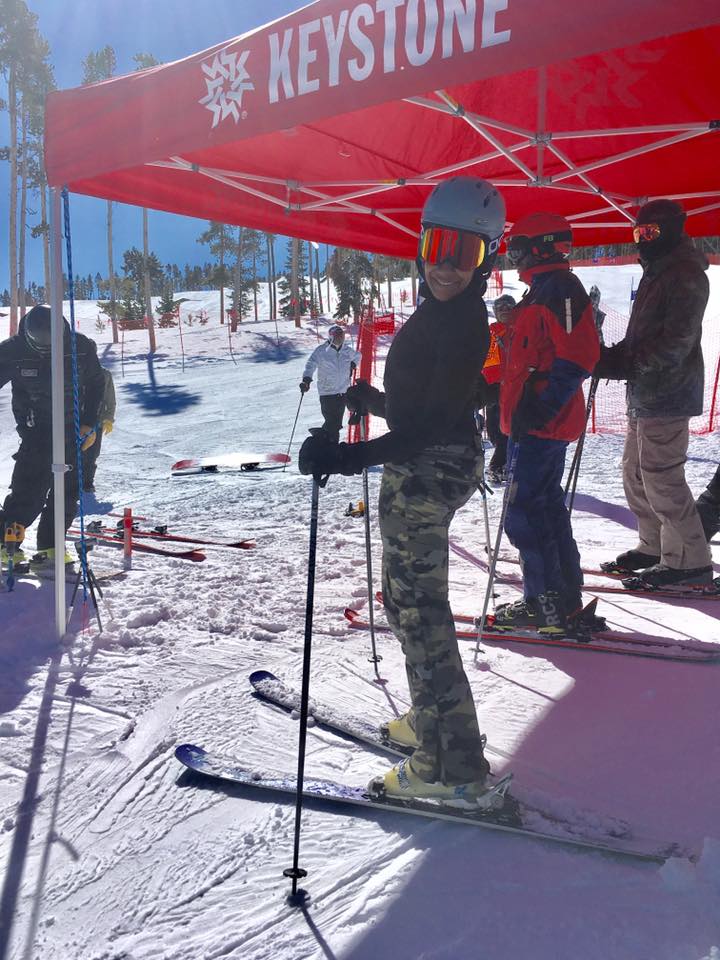 What is NBS one may ask? NBS is the National Brotherhood of Skiers http://www.nbs.org/summits/.It is a national organization of predominantly black ski clubs who mission is to identify, develop, and support athletes of color who will win international and Olympic winter sports competition representing the United States. Also key to its core is to increase participates of athletes of color in winter sports.

The year is 2002. I was finishing up my last year of medical school in Chapel Hill, North Carolina. I had joined a ski club when I moved to Charlotte a few year prior just to met some people. I met a friend Yvette Fuller. I went on a few local trips, which was fun, but I never progressed much pass the bunny slopes. Yvette invited me to the NBS Ski Summit in 2002 which was in Snow Mass, CO. It was my last year of medical school, and I was on an easy rotation so I said why not. I went and the rest is history. I have been to the Summit every year since except a little hiatus due to being a struggling surgery resident with not much money, and very few days off.

At the beginning, I skied a little and partied allot. Now I ski allot, and party. I won’t say a little, but less than I use to. The NBS ski summit has something for everyone. 15 years later, and I always mark my calendar for the event. For those who just want to get away rest, and be a snow bunny, it is perfect. Also for those who want to just get away and party, the Summit is the trip. For those who want to get some skiing in with friends, family, and/or take a lesson the Summit is for you too. For those like me who want to ski daily, and also party, there is room on the ski train. Cross country skiing, riding snow mobiles, trying snow shoeing are other options. That is the perfect thing about the Summit. There is room for everyone. A plethora of experiences awaits. Outside of the yearly week trip to the Summit, there are other trips planned by the various regions, and clubs that make up the NBS. I now live in Chicago, and have met a wonderful core group and we ski together in the Mid-West, and plan various side trips. It is always fun to see a diverse group of people on the slopes. Variety is the spice of life.

This year the Summit was in Keystone, Colorado. It was my first time there. I got my six day of skiing, and my share of the theme parties. I was also blessed to race, and win first in my age group in the intermediate  category. Each year is better than the year before. I see old friends, meet new ones, and my skiing get better each year. If you ever thought about coming to ski Summit, make a commitment join us next year.