Chicago Is More Than What The Media Portrays- Still My Favorite City. 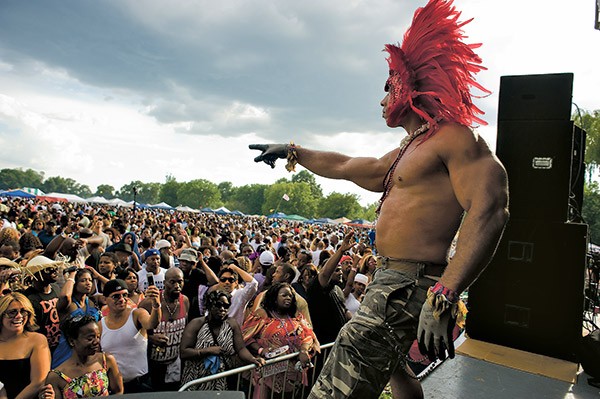 While the media coverage of Chicago particular the South side is usually negative, Chicago is so much more than that. While I don’t in any way minimize the murders/shootings going on in my city, there is so much more to Chicago. It has been  since I was a child, and it still is my favorite city

A prime example of great things that happen in my city is the Chosen Few House Picnic. The Chosen Few House Picnic is an annual event that has been going on over 25 years. It takes place on the South side of Chicago. I will give you a little history on the event, as I have only lived her for four years. I did actual travel to attend the event prior to moving here. I also have friends who come to town just for the event. It is that awesome

South-side DJs collective the Chosen Few,  founded by Wayne William as a high school student in 1977, played an instrumental role in popularizing  house music in Chicago during the late 70s and early 80s.  Over time, the Chosen Few DJs began to migrate away from Chicago and into other careers. So, as folks came home for the holidays Saunders one of the Chosen Few made a  suggestion that they have a party. When a Christmas party attracted a decent crowd despite the freezing cold, Williams suggested moving it to the summer, when they could play old-school music and BBQ at the same time. Kim Parham, the Chosen Few’s only official female and non-DJ member, suggested inviting friends from Chicago’s house music past. That first picnic in 1990, behind the Museum of Science and Industry, attracted 30 or 40 people. That is how is started and the rest is history.

Twenty-seven years later the House Picnic is bigger and better than ever. Last year they made it a two-day event.  People come from all over. They arrive early in the morning to set up their tents, and start their barbecue grills. My college  Florida Agriculture and Mechanical University (FAMU) always has a tent. People eat, drink, and walk around to mix and mingle. All of this to the sound of house music. There are DJs, and live performances. This has been going on for twenty-seven years without an incident. Yes,  all happening on the South Side of Chicago. So please don’t think the South side of Chicago is all bad. It is a vital part of Chicago–which will forever be my favorite city. So mark you calendar the first Saturday in July in the Chosen Few House Picnic. Hope to see you next year. I will be three, God willing.

A Few Pictures Over the Years from my House Picnic Experiences- last year I even with with my boot, about a month after I had surgery.